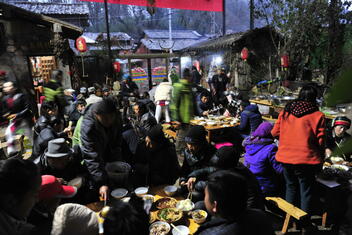 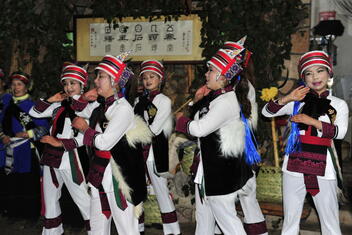 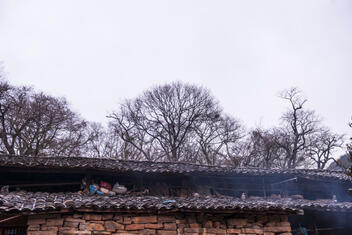 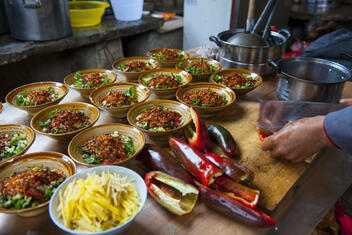 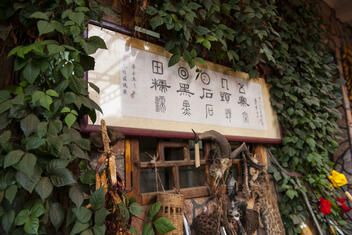 Nuohei Village is located in Kuishan Township, Shilin Yi Ethnic Minority Autonomous County, Kunming, Yunnan Province on karst terrain. The nearby mountains are all stone mountains. The houses in the village are made of stone slabs of various sizes. Some houses are more than a hundred years old, so it is also known as the ancient stone village and is on the official list of traditional Chinese villages. Nuohei Village was built during the 21st year of the Jiaqing period during the Qing Dynasty. It used to be an ancient post from Luxi to Kunming. Nuohei dwellings are made of enclosed stone and wood. There is a clear water pond at the entrance of the village called "Monkey Pond". Nuohei means "a pond where apes and monkeys play in the water" in the Yi language.

Nuohei Village still maintains its Sani ethnic cultural heritage to this day. Mizhi forest, namely a forest with dense branches, is still a place where only men are allowed. Trees in Mizhi forests have tall branches and thick foliage, and the legend has it that Gods live in the forests. The Mizhi God, a union of the God of the Forest, God of the Earth, and God of their Ancestors, is the most important god to the Sani people. Every year Nuohei Village hosts the Mizhi Festival to worship the Mizhi God.

In Nuohei Village, you can taste Sani-style meals, among which is the particularly well-known Sani bacon. It’s known to be delicious but not oily.